At a very strange time in my life, I found myself in Brazil low as I’d ever been in my life, lost because of a fresh break up, bargaining my life with the Universe, and on the brink of giving up my travel dreams by wanting to go back home.

I went here with the hopes of starting anew with a vague idea of what I am doing in my life until I found hope, peace, and love. It was a gamble. When Livia contacted me on Couchsurfing (CS), I said yes without looking at her profile and that’s really unlikely of me.

My CS 101 protocol includes reading people’s profiles (to show respect), looking at their interests, and checking their references. I figured I wasn’t thinking straight when I just randomly pointed on the map that I want to go to Brazil now, today, this moment. I had nothing to lose by giving it a try anyway. After all, where’s the fun if you can see everything beforehand.

Check out Worldpackers to find a host family in Brazil 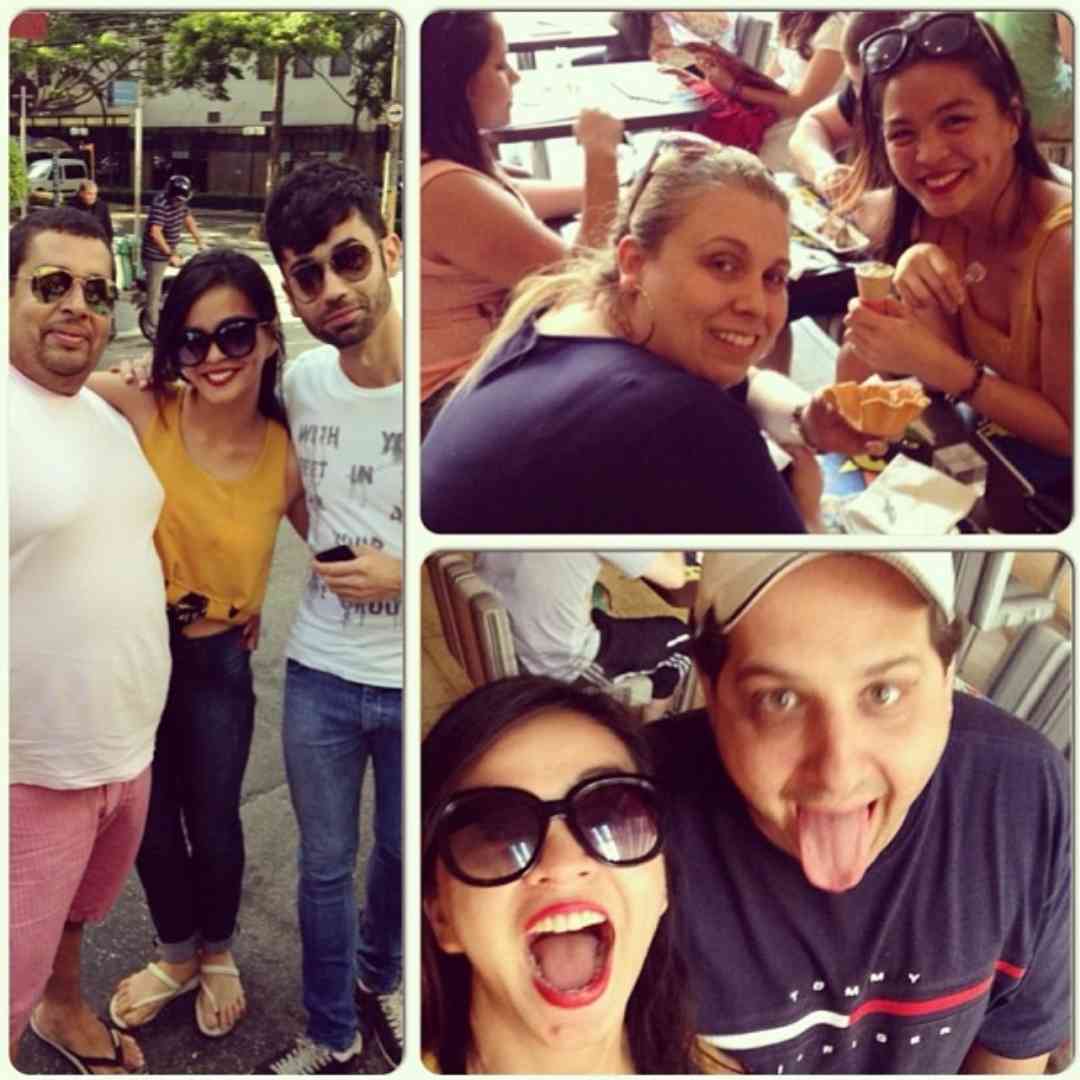 Then, I landed. The moment I stepped into Guarulhos International Airport, I was worried. I didn’t have a phone to contact Livia and I forgot where we left off.

I was so groggy from 30 hours of flying that I forgot if she said “I’m going to pick you up at the airport” or “I’m going to meet you at the bus station.”

There was this dude smoking at the benches outside. I approached him, asked if he speak English or a little bit of Spanish because I definitely don’t speak Portuguese. He said he understood Spanish so I gave it a shot. I borrowed his phone, dialed Livia’s number, she picked up and said she’s on the way to the airport. Good. I am safe.

I did I landed two days before my birthday and it was a total click. Livia’s parents came to Sao Paulo to celebrate. At the time, it was also her brother’s (Norton) birthday.

We had a joint celebration in her place with cakes, too much food, and overflowing rice — my comfort Asian staple food. I haven’t had rice in Africa so this was really a cool birthday present for me. 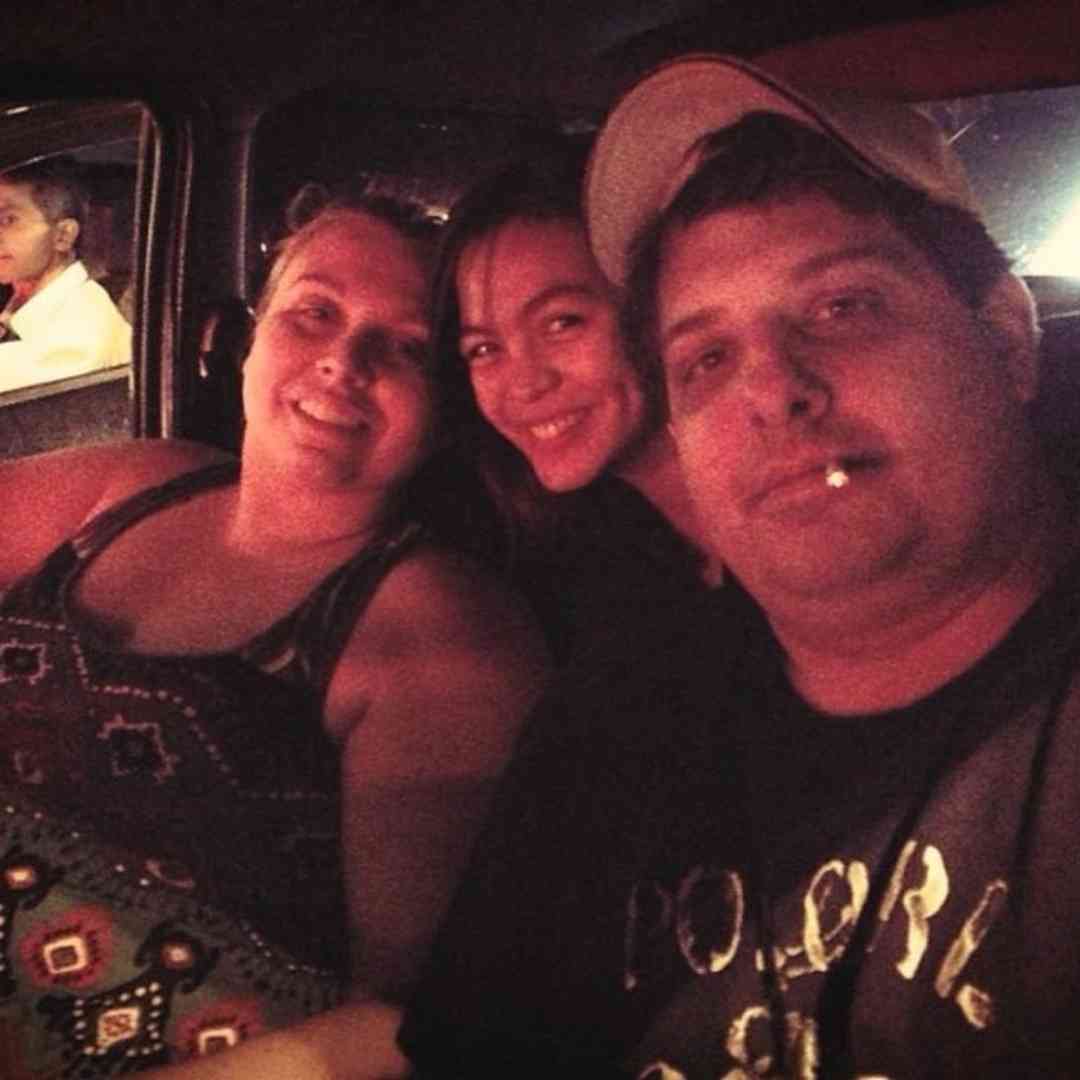 They sang “Parabens pra voce…” and so on. Even though I didn’t understand “Happy Birthday” in Portuguese, the tone was so sincere and sweet that it tears rolling a bit. God, I miss home. But these people, just for two days, made it feel like home.

Weeks passed and I started loving Brazil and treating it as my own. I spent a 10-day vacation in Livia’s aunt’s (Angela) farm in Pouso Alegre which is one of the highlights of my trip to Brazil.

Now, Pouso Alegre is not always in the typical places to visit or things to do in Brazil list. I just decided to come here since I already know people.

Angela embraced me with open arms. She taught me a lot of Portuguese and I also gave her some English pointers in exchange. She lives alone so on most days, it’s just me and her, spending time together and treating each other like family.

Read: Why I keep traveling to Brazil alone 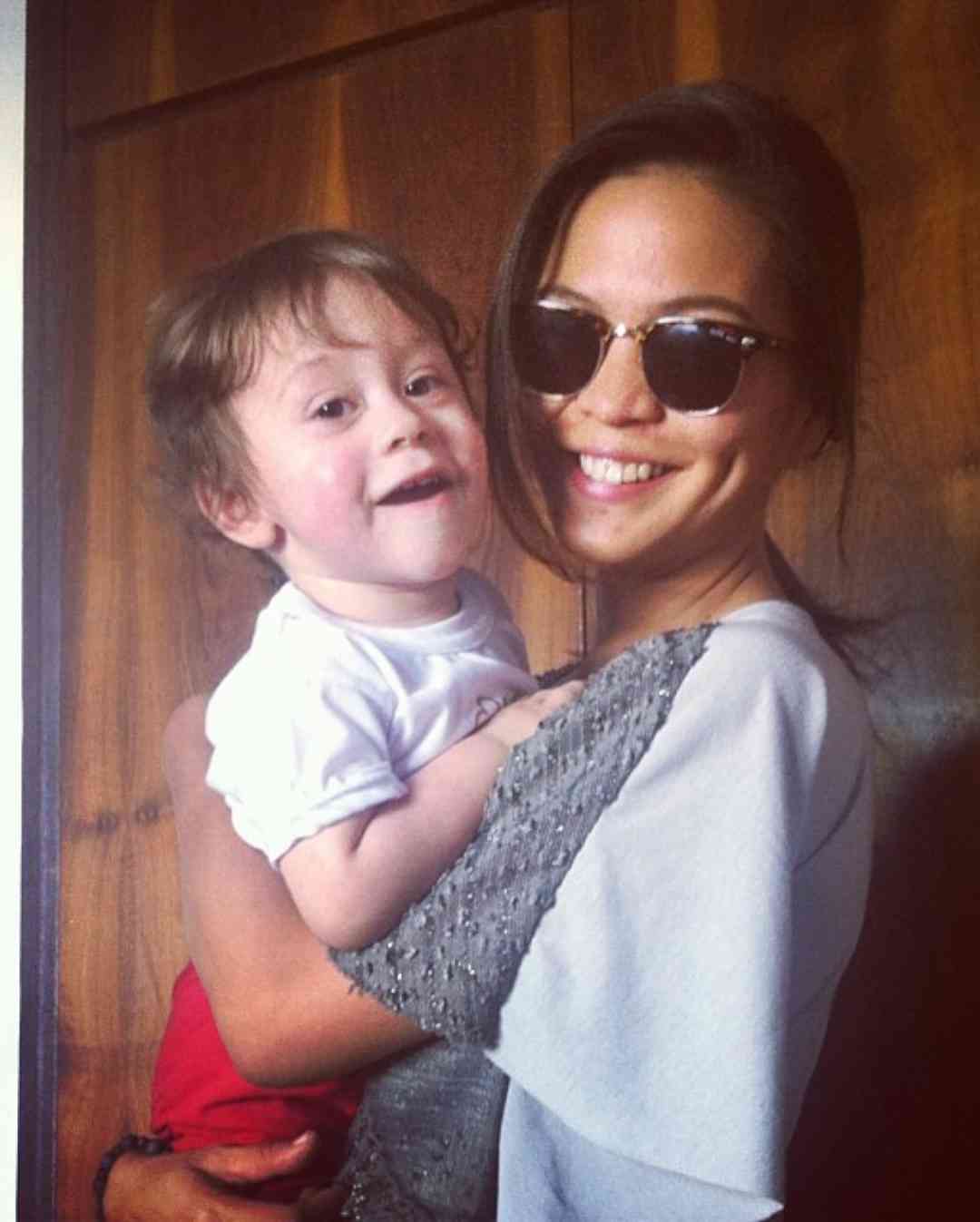 Visiting Pouso Alegre didn’t stop there. As soon as I was back in Sao Paulo, we’ll drive on weekends to Pouso Alegre. Livia’s mom (Luci) cooks the best Brazilian food in town.

She took care of me well. What I love the most about Luci is that she’s also a citizen of the world. She likes traveling and at the moment, she’s attending two (2) language classes (Italian and English) every week! She has too much drive in learning languages and she’s one of the most independent women I know.

I became closer with Livia’s sister (Leticia) as I took turns in watching over her son, Gabriel. Leticia is this beautiful voluptuous woman who knows what she wants and fights and stands above it. 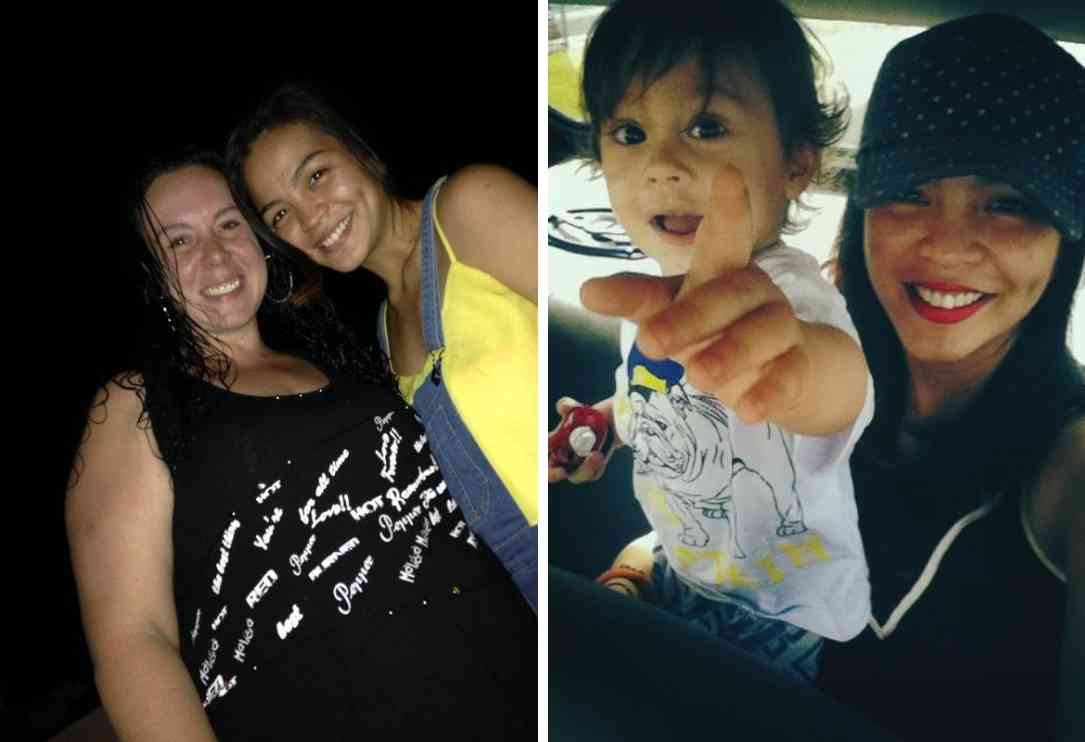 She may have a son but Leticia didn’t forget how to have fun. When she’s not working, her nights are spent going out with friends and attending parties — having a life.

She didn’t forget that she is young and that’s what I love about her. She taught me that our lives don’t stop when we have children, and that, we as women also deserve better for ourselves.

On the other hand, her little angel Gabriel is the greatest gift from the higher being. As young as two years old, he can sing, say words that not normal children their age can say and he never fails to bring smiles to all of us.

You may also like: Solo female travel in Brazil 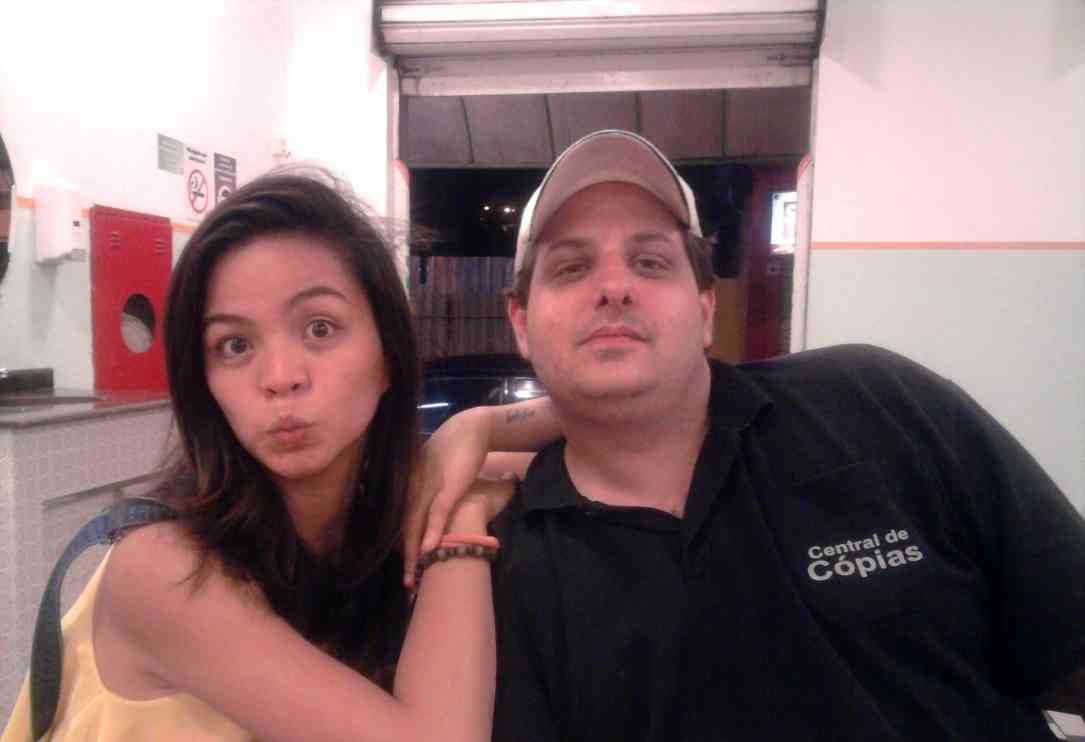 I will always remember how he greets me saying “Rishaaaaa” as soon as I wake up in the morning. When I am not around, he mistakes every Chinese or Japanese in the city as “Rishaaaaa” (Trisha). He remembers me.

Livia’s father (Nelson) is a funny dude. He’s up for learning new things and of all the people in the family, he is the one exerting greater efforts in knowing things about me, about my country, about my culture, about my life back home.

Every time I see him, he asks me something and he successfully delivers his messages in English. As sweet as Nelson is to me, on the other hand, Livia’s brother (Norton) is my number one bully.

See also: How to get a yellow fever vaccine in Brazil for free 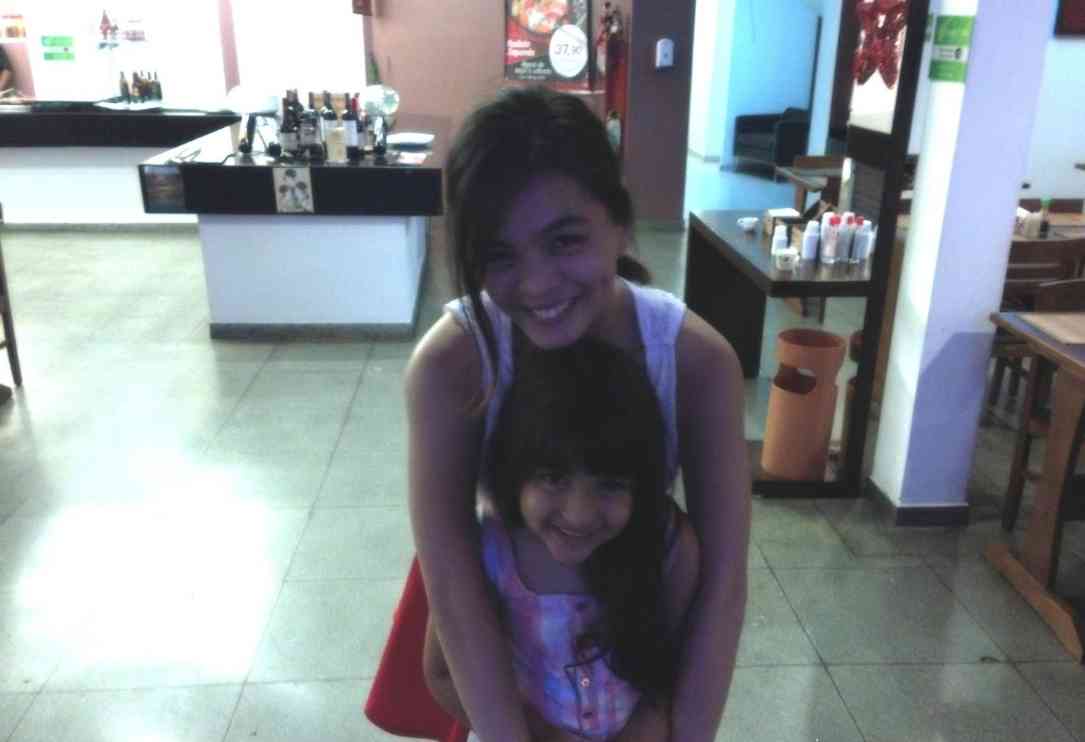 This computer geek that I love so much because of his robotic skills never failed to cater to my questions and requests. He can fix everything from electric lights to operating systems to downloading problems. I really don’t like to say this but Norton is awesome and every day, I look at him as a superhero. Or robocop.

There was this special friend called Andre (Livia’s childhood best friend and forever neighbor) whom I spent most of my days with when I was in Pouso Alegre.

He was patient in teaching me Portuguese, showing me the real Brazilian culture and top-of-the-line hospitality. I have no words for Andre but he’s one of the people that I will forever keep.

You keep reading the name Livia and now we’re down to her: my angel, my sister, my best friend, my roommate, call her whatever you like but she is my Livia. 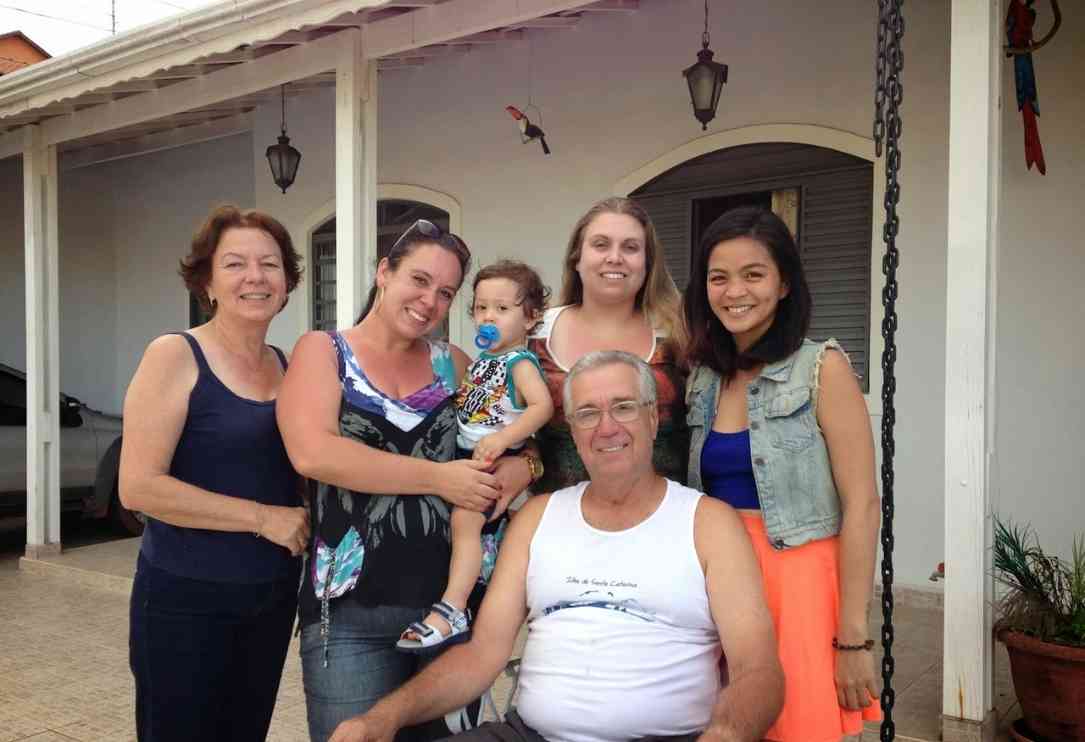 She helped me recover from this whirlwind I am in before coming to Brazil. On most days, she says that she’s learning a lot from me because of the travel experiences but I honestly learned more from her.

She’s so humble she underestimates her capacity but in reality, she’s given me a lot more life lessons more than I gave her. We’re sisters.

We couldn’t bear a day not talking to each other or cooking something together or going to the gym then eat quindim after. She loved me like we are one and I am more than grateful for this experience.

In fact, I am grateful now. I am grateful for being lucky enough to be picked by the Universe to have this kind of experience. Brazilian families are unbelievably hospitable and I cannot compare it to anything in the world.

I thought the Philippines are the greatest people in this department and only us but I was kind of surprised when I met our match.

I didn’t want to leave Brazil but I had to. There was too much drama when I left that I myself can’t believe. I was attached. I was a part of this family.

I was one of their own — the youngest daughter, sister & niece that they have. Leaving was the hardest part but my life on the road goes on.

One thing for sure, I am coming back in six months with these people who are now my family.