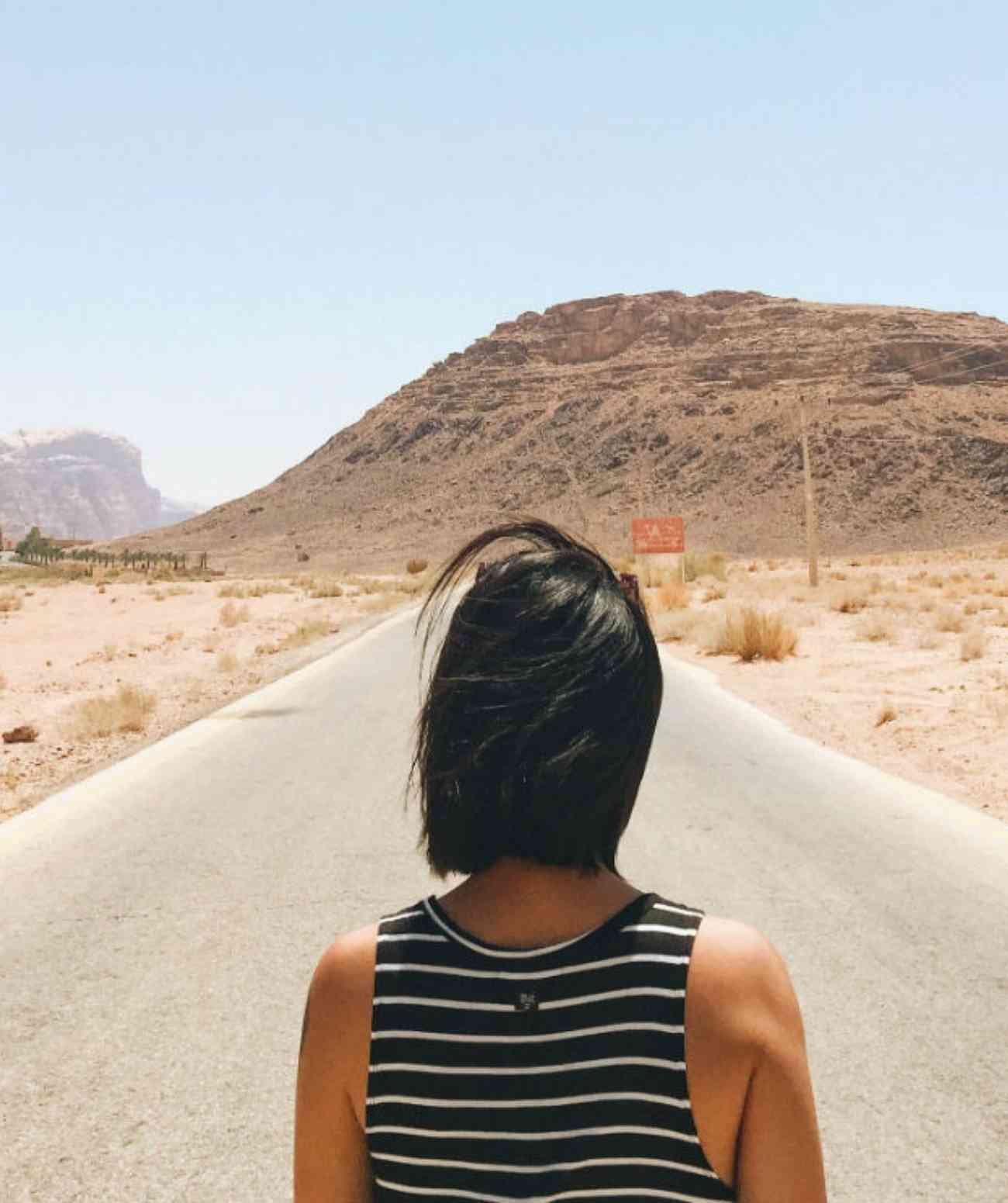 No more Israeli passport stamp: that’s what welcomed me when I arrived at Ben Gurion Airport 2 weeks ago. I told the Immigration officer three times, “please don’t stamp my passport.” He then gave me the why-don’t-you-want-an-Israeli-stamp remark at the same time explained that the rules have changed: Israel stopped stamping passports in 2013.

They are aware of the situation and they don’t want this to be the reason to shrink the booming tourism of the country. This is really very kind (and smart) of them, to be honest.

However, in the Wadi Araba Crossing (Israel-Jordan border in the south), it was a different story. Well, land border crossings always are. The moment I heard the thump sound of the stamp, I knew I was doomed. I was so confident they would not stamp on my passport because that’s the new rule apparently, but they did. And believe me, it was a minute in my life that changed everything. I kept blaming myself for not saying anything, for being overconfident.

What made me more pissed is that I was given an exit card (proof that I exited Israel) and an exit tax card with an exit stamp. I have both these papers and on top of that, I have the stamp on my passport. Why do I need 3 proofs that I exited the country?! Why can’t it just be one?

Click show to jump to the content you are looking for show
Maybe, just maybe, the Israeli passport stamp is a myth?
Tips (I wish I could’ve done)

Okay, you might get confused. What’s the problem if you have an Israeli stamp in your passport?

Let’s do a little history here. The Israeli stamp problem applies mostly in the Middle East. I will explain it the way I know how but feel free to add what you know on the comment box. Remember, this is a blog, not Wikipedia. It’s history that is making the world hate Israel. Simply put: when the Jews made the state of Israel, they took over the homeland of the Palestinian Arabs without consent and mostly by force. Hence, the Palestine-Israel conflict. Along the way, countries like Syria, Lebanon, and Iran were involved. You can read more about the conflict’s history here. The conflict is not the point of this post but it affects the situation I am in now.

It was a bit confusing at first. Culturally and touristically speaking, I find Israel to be the most humane and free countries in the world. Oh well, history. 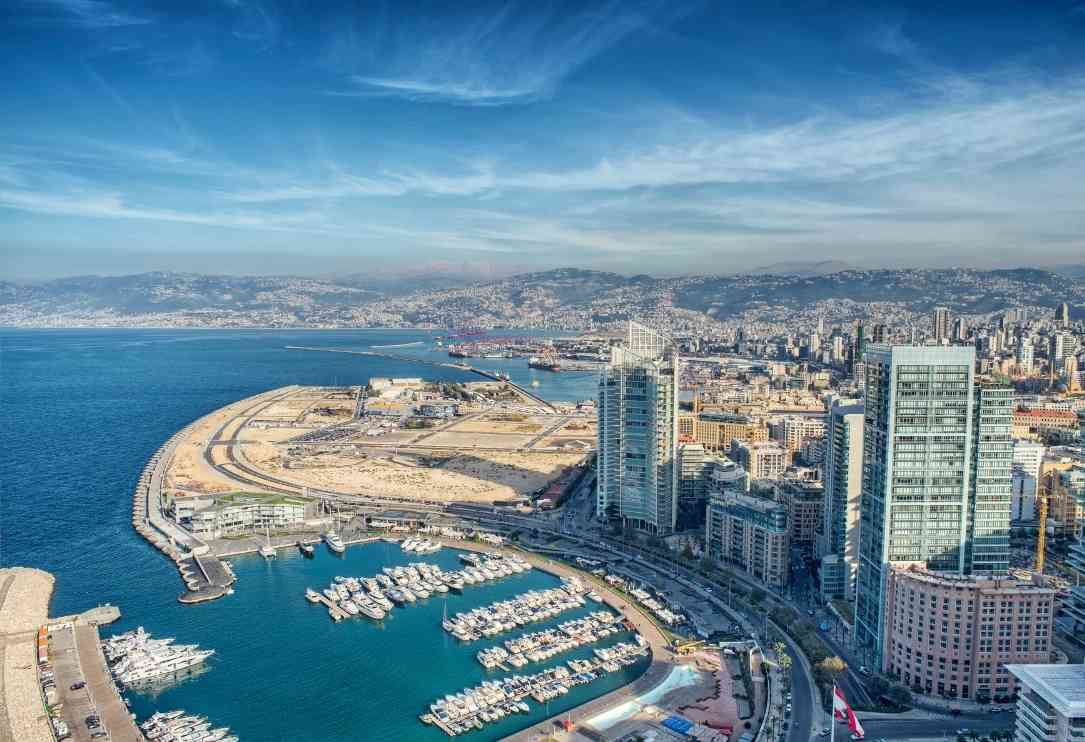 Beirut, Lebanon: one of my dream cities!

The main reason of me doing a Middle Eastern trip in Lebanon and Iran. Aside from Pakistan, I am really intrigued with these two countries — I need to know. And when I like something, I really like it — I have to be next to it. It’s popular to everyone who’s traveled the Middle East that if you have an Israeli stamp on your passport, there is no way for you to visit Lebanon, Iran, and the UAE. These are the hardcore countries that take this seriously.

I didn’t want to give up and one thought kept coming in while I was thinking about how I will be able to visit the countries I am longing to see:

Maybe, just maybe, the Israeli passport stamp is a myth?

I have posted on many online forums on the Internet: “Can I enter Lebanon or Iran if I have the Israeli passport stamp?” The answers are all the same: “No.” Added with a few their own opinions about the conflict, of course. However, no one has really given me the answer I wanted. Is there anyone out there who has actually tried it? Was everyone saying no because that’s what they read on the Internet? I didn’t get any answer. I didn’t find a person who has actually tried to get in these countries with the Israeli passport stamp.

I did what I knew best: contact the country itself. As a journalist, I have developed contacts with Tourism Boards all over the world. I e-mailed Lebanon. No reply. Luckily, I met a Lebanese girl while I was in Petra who said entering Lebanon with the Israeli stamp is a ‘federal crime.’ I can get imprisoned. “They will give you a very hard time. Don’t do it. You can lose your job.” she said.

Okay, option number 2: go to the nearest Philippine Embassy and say I lost my passport.

Renewing a passport abroad usually takes 30 days. In my current situation, I can only apply for a new passport in Israel because that’s where I can stay visa-free for 90 days. For the rest, I have to apply for a visa. I didn’t want to do it in Jordan. It was expensive. I don’t want to stay in Egypt for 30 days, either. I’m not feeling it yet.

My good friend Chummy, a Filipino living in Israel for 5 months now contacted the Philippine Embassy in Tel Aviv for me. Yeah, sure, I can renew my passport. But I have to wait 60 days. Additionally, the data page of my passport will say it was issued in Tel Aviv. Not the Philippines. So, you know, a double whammy. It’s not possible.

Okay, I can do it in Egypt, I guess. I contacted them and they said if I renew my passport in Egypt and go to Lebanon with zero stamps, they will still question me. Apparently, a lot of people entered Lebanon from Egypt with zero stamps so it has been kind of sketchy.

I did more research and found out that…

Even if Israel did not stamp my passport on the Israel-Jordan border, every Immigration in the world will still know I entered Jordan through Israel (Wadi Araba Crossing). Why? All borders have names depending on the area and it will reflect on the entry stamp. Entering Egypt from Israel is also the most feasible route for me at the moment. As Israel doesn’t have any foreign relations with Lebanon, there is no way I can fly directly. I have to stop in Europe at one point and I don’t want that. So, if I enter Egypt from Israel, the entry stamp in Egypt will still say “Taba Crossing.” There isn’t any other Taba Crossing in the world but the one in the Israel-Egypt border.

Tips (I wish I could’ve done) 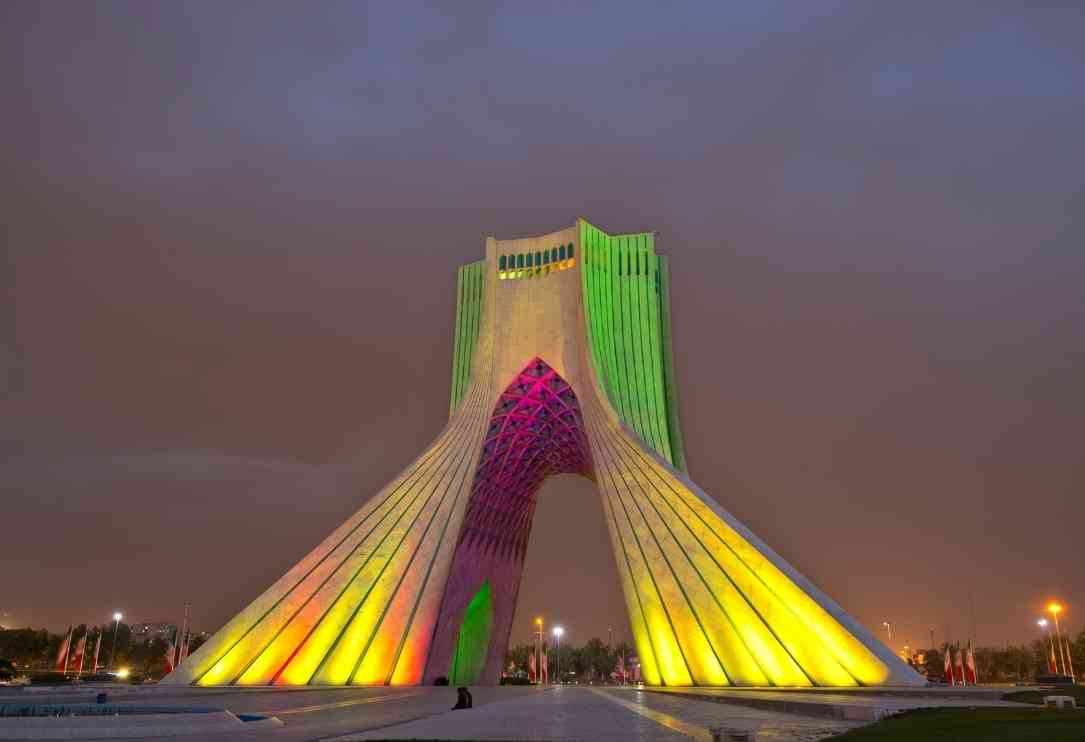 Did you know? One of my obsessions and greatest dreams is to be fluent in Farsi. Photo: Iran Travel Center

I am quite sad that I don’t get fulfill the dream of visiting Lebanon and Iran. I really really really want to see these two countries. I want to write good things about them but I guess, now is not the time for me to visit. I also thought about this: something good is about to come. Maybe the Universe is directing me in a different direction. This is what I want to believe in every time I feel sad about the situation.

But it doesn’t stop me from having a big heart for everyone, for anyone. I may have always been the guinea pig for these types of travels but I will keep on sharing my experiences with all of you. 🙂

Mexico diaries: the story of how I ended up moving to Sayulita

Why I traveled to Brazil: a country that is very controversial for solo female travel

Should you be obsessed with planning your backpacking trip?