[vc_row][vc_column][vc_column_text]Ask any foreigner who has been to the Philippines which place is their favourite and they’d probably say Boracay, Palawan, Bohol, and Cebu. Ask any Filipinos which places they would recommend to foreigners and it’s likely they’d enumerate the same thing. Not that it’s a bad thing. After all, these provinces received so much approval from nature it has put the country in the world map as some of the world’s best tourist destinations. But the Philippines is more than its white-sand beaches, chocolate hills, and an incredible underwater world. And if you are willing to overlook the inconveniences brought about by its congested state (say, the notorious traffic situation), you can learn so much about the country’s rich culture and history by exploring its capital city. Going to the Philippines for the first time?

Did you know that the wall surrounding Intramuros is 4.5 km (2.81 miles) long? It encloses the historic district with varying heights of 4.5 to 6 meters, and thickness of 2 to 2.5 meters, and was constructed over a duration of more than two hundred years! #intramuros #heritageph

Also known as the “Walled City,” Intramuros is the oldest district in Manila and the former seat of government during the Spanish colonial period. A day tour offers a glimpse of the past with the old buildings, stone walls, and cobbled stones restored and preserved for modern-day appreciation. Even the security personnel who man the area are donned in guardia civil-inspired uniform to maintain the historic feel of the place. Inside you can find plenty of historical sites, such as the Plaza San Luis Complex known for the five replicas of houses built in the Spanish time; two of the remaining seven churches that used to be part of Intramuros, San Agustin Church and Manila Cathedral; some of top universities in the country, Lyceum of the Philippines, Pamantasan ng Lungsod ng Manila, Mapua Institute and Technology, and San Juan de Letran; and probably its most famous tourist spot, an old defense fortress built by the Spaniards in 1571, the Fort Santiago.[/vc_column_text][us_separator style=”dashed”][vc_custom_heading text=”2. The outrageously crazy oriental ‘feels’ in Binondo” google_fonts=”font_family:Satisfy%3Aregular|font_style:400%20regular%3A400%3Anormal”][vc_column_text]Dubbed as the oldest chinatown in the world, Binondo was built in 1594 by the Spanish Governor Luis Perez Dasmariñas to accommodate the Chinese immigrants who converted into the Catholic faith. The district was Manila’s center of commerce and trade where all types of business were dominated by the Filipino-Chinese entrepreneurs. Today, Binondo is considered as one of the most popular food hubs in the country where you can sample some of the best Chinese cuisine, from the regular noodles and dumplings to the exotic food like frog, snakes, and rabbits. Among the restaurants that are worth checking out are Quick-Snack, Dong Bei Dumplings, Sincerity Cafe & Restaurant, and Estero. If you explore further you will find other interesting spots worth checking out like the art-deco style buildings along Escolta street, the Seng Guan Chinese temple, Kuang Jong Buddhist temple, Binondo Church, and the rows of herbal stores and restaurants in Ongpin street.[/vc_column_text][us_separator style=”dashed”][vc_custom_heading text=”3. Fortune telling, magic spells, and a spice of Catholicism in Quiapo” google_fonts=”font_family:Satisfy%3Aregular|font_style:400%20regular%3A400%3Anormal”][vc_column_text]

Not far from Binondo is a district named after the water cabbage (kiapo), Quiapo. It is widely known for the feast of the Black Nazarene, fortune tellers, herbal products, and Plaza Miranda (a popular site for political rallies). This district, however, is notorious for small-time criminals like pickpockets, snatchers, and other miscreants. It is also a place riddled with garbage, pirated materials, and people sleeping or begging on the street. But despite its grim reputation, Quiapo is one of the most interesting places to visit in Manila as it is a center of multiculturalism brought about by the diverse ethnic background and religious beliefs of the people who thrive in this area. There you can find Masjid al-Dahab, a golden-domed mosque where the muslim people practice their belief. On the other side is the The Minor Basilica of the Black Nazarene or Quiapo Church where people of the Catholic faith are known to walk on their knees from the church’s entrance all the way to the altar. And just outside the church the tarot card readers lined up the street, convincing the passersby to sit down with them for a 100-peso worth of fortune telling. Quiapo is also considered a haven for camera aficionados. Along Hidalgo street you can find rows of camera shops that sell new and secondhand cameras and other paraphernalias. Indeed, Quiapo would give you a view of the nitty gritty side of the Filipino culture, which you may not be able to find somewhere else and for this alone it’s worth exploring. Venture into this area with extreme caution and as much as possible, go with a local.[/vc_column_text][us_separator style=”dashed”][vc_custom_heading text=”4. The National Hero’s Park – Jose Rizal” google_fonts=”font_family:Satisfy%3Aregular|font_style:400%20regular%3A400%3Anormal”][vc_column_text]Rizal Park or Luneta is an urban park (one of the largest in Asia) that can be found along Roxas Boulevard. Its historical significance owes to its grim past as a site for public execution in the Spanish period. In fact, this is where the three martyr priests known as the Gomburza died by garrote and where the Philippine National Hero, Dr. Jose Rizal was executed in 1896 by a firing squad. A monument of Rizal has been erected in this place to honor his memory and it is guarded day and night by ceremonial guards. Aside from being a people’s park, Luneta has been chosen many times as venue for some of the country’s most important events and celebrations like the World Youth Day in 1995, the Philippine Centennial celebration in 1998, the opening ceremony of the Southeast Asian Games in 2005, and most recently, the Papal Visit of Pope Francis in 2015.[/vc_column_text][us_separator style=”dashed”][vc_custom_heading text=”5. Manila Bay’s finest” google_fonts=”font_family:Satisfy%3Aregular|font_style:400%20regular%3A400%3Anormal”][vc_column_text]

Manila sunset ???. Even in the city, sunset in the Philippines is really one of the best. #Manilabay #sunset #itsmorefuninthephilippines

Manila Bay is as a natural harbor for the Port of Manila. Its 190 km coastline is lined with upland forests, mangrove, sandy beaches, seagrass, coral reefs, and mudflats. The water, however, is suffering from pollution caused by oil spills, pesticides, and domestic and industrial waste, hence the numerous rehabilitation programs undertaken by government and non-government organizations alike to save and preserve the river. Manila Bay is also known as the perfect spot to witness the beautiful sunset. You can see this for yourself when you go to the Baywalk along Roxas Boulevard.[/vc_column_text][us_separator style=”dashed”][vc_column_text]

The Presidential Museum and Library Flickr page features rare photos that chronicle the history and heritage of Philippine presidency. www.flickr.com/govph

In the current seat of government, the Malacañan Palace, you will find the Presidential Museum and Library. It holds the largest collection of relics and memorabilias of the heritage of the past Philippine presidents. It is open on weekdays except during the holidays. Reservation is needed at least 14 hours before your planned visit.[/vc_column_text][us_separator style=”dashed”][vc_custom_heading text=”8. Cheap shopping in Divisoria” google_fonts=”font_family:Satisfy%3Aregular|font_style:400%20regular%3A400%3Anormal”][vc_column_text]Dubbed as the “shopping mecca” in Metro Manila, a trip to Divisoria is an adventure in itself what’s with the throng of people who go there every day in search for the ultimate bargain-hunting experience. Because the items come cheap, the quality leaves much to be desired. However, if you keep your patience and are willing to brave through the sea of sweaty people, you might just be able to find some of the best things this place has to offer, such as fresh fruits and vegetables, beautiful fabrics, school supplies, fashionable clothes, among others. [/vc_column_text][us_separator style=”dashed”][vc_custom_heading text=”9. The Cultural Center of the Philippines
” google_fonts=”font_family:Satisfy%3Aregular|font_style:400%20regular%3A400%3Anormal”][vc_column_text]

The Cultural Center of the Philippines (CCP) complex sits on a 150-acre land in the city of Pasay. It is a government-owned corporation where local and foreign cultural and artistic performances are being held. It was built in the time of former president Ferdinand Marcos to serve as a theater for performing arts. Since its establishment up to this day, CCP has seen through the performances of some of the world’s renowned artists such as the New York Philharmonic, the Royal Ballet, Marcel Marceau, as well as the staging of iconic musicals like Wicked and The Phantom of the Opera.
[/vc_column_text][us_separator style=”dashed”][vc_custom_heading text=”10. Manila Ocean Park” google_fonts=”font_family:Satisfy%3Aregular|font_style:400%20regular%3A400%3Anormal”][vc_column_text]Manila Ocean Park is a marine theme park with an aqua-themed hotel (H20 Hotel) and marine life attractions, such as the mermaid swim performance, encounters with sharks and rays, glass bottom boat ride, fish pa, sea lion show, and Oceanarium. If you are traveling with kids, you might want to go there for a visit.

Like every capital cities, why is everyone skipping Manila?

If you’ve been to Manila, how was the experience? What else can you add to the list? Good or bad, share it on the comment box below! 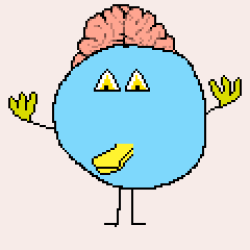 Marjorie Gavan
This BS Journalism graduate from Lyceum of the Philippines has come a long way from the skinny 11-year-old who secretly writes poetry. She now has 14 years of writing and editing experience in the field of marketing, public relation, technical writing, government service, and blogging. She is one of those people who always complains about not having enough money but she travels a lot and eats a damn lot too. She loves drinking coffee and is planning to make the addiction more meaningful by taking a coffee-making course. She can visualize herself owning her own cafe in the near future and she plans to name it after her blog, Coffeehan.com.

I love Manila. I used to say it was horrible, but you know, having grown a little, seen some places, I saw what I was missing. Vibe is similar to Bangkok (replace the temples with churches and Spanish/Oriental/early 1900 American buildings). Remove the traffic and the dirt/occasional garbage, and you have a world class city. If only the city government cares about its heritage. Sadly, they don't.

I haven't been to Manila yet. This seems like a good introduction to the city. I am really keen in that fortune telling part. These kind of activities make travel so much fun and memorable.

Great list of the amazing places Manila has to offer. I didn't realize what a large area Intramuros covers. It is also great to know that entry to the National Museum is free of charge. A great way to learn about Philippine culture and history.

I've been to Manila a lot of times already but i've only been to 3 out of the 10 places listed. It dawned on me that I have never explored the city that well. I'm looking forward to visit or watch a show at the CCP, though. ❤️