Dear girls of the world, love your country first before dreaming of leaving

Dear girls of the world (particularly you Filipinas!),

Hailing from what is still considered a third world country and bred in the capital that best-selling author Dan Brown had coined “the gates of hell”, I too have had my fair share of struggles with patriotism. Though described as a paradise by countless listicles, to which the Philippines, almost always with no fail appears at the cream of the crop of, there are innumerable factors that deem it anything but. From the evident poverty and overpopulation as seen by ubiquitous shanties entrenched in over-commercialized cities, to its inefficient transportation system that leaves commuters with a dispirited mental health, and a diminishing culture that has resulted in a curious and pitiful amalgam of its past colonizers’ traditions and beliefs, the list (and the negative adjectives) goes on and on.

Naturally, anyone who strives with this sort of living standard will want to flee the country in search of a better place to reside in. Hop off a plane, leave Manila with its horrifying traffic jams and its archaic, unjustified tax system, and spend years of your life strolling down picturesque streets you feel safe to walk in at night after a 9 to 5 job that, despite its commonality, pays twice (even thrice) as much as what is paid back home.

So why the preachy headline of nationalism?

I recall listening to a talk given by a Gawad Kalinga head during grade school. Unfortunately, though I do recall his Western race, I do not recall his name. What I do remember after these twenty three years of honing this tumultuous love-hate relationship with my motherland, was him saying, “The Philippines is such a beautiful place, and Filipinos don’t see it.” Though I vaguely recall being struck by that statement, I remember inwardly rolling my eyes at him, thinking, albeit probably not as articulate sounding, “Easy for you to say, you don’t live here. And if you do, this is probably just another charity case for you, being the assumingly wealthy white man that you are.”

It was a terribly slow and humid afternoon. I shifted uncomfortably in my boxy yellow grade school uniform, seated amidst rows and rows of students sitting idly on monoblock chairs in a non-air conditioned gymnasium. I mused, “Why must we listen to foreigners praise our country in order for us to be convinced of its beauty?”

That precise moment, in retrospect, turned out to be the catalyst of what I can see as a lifelong advocacy I’d like to dedicate my life to. Another occasion that continuously haunts me was when my chemical engineering graduate turned brilliant (and now former) advertising creative uncle remarked, “It’s a shame how foreigners know our country better than we do. Filipinos keep dreaming, and they dream of visiting anywhere but the Philippines.”

These particular moments of dejection towards the Filipino mindset unwelcomely recurred. Helplessly watching loved ones migrate for a better standard of living (who could blame them?), meeting foreigners who are adept with their nation’s geography and who are staggered to see how Filipinos aren’t with their own, and the reverence and envy Filipinos’ display towards kababayans who have made it abroad – something was so terribly and painfully unsettling.

As someone who hates wallowing in self-pity, I thought, I must do something to stop this nagging sense of ignorance. Last March 2014, I hesitatingly said yes to an experience that, at that time, was considered almost unheard of by my peers. The de rigour of Instagram feeds were OOTDs and food shots decked out in yellow-ish and currently outdated Instagram filters (Valencia, anyone?) and travel shots were not as prevalent as what is scrolled through on Instagram today. On that bright and splendidly cool summer day, I climbed my very first mountain and it was nothing short of euphorically mind-altering.

The ungodly hour of 5:00 AM. Spine-tingling winds, early morning dew, a gradient sky in shades of blue. It was a Saturday and our friends perhaps just crashed on their beds after a night of going out and about in town, dancing and drinking the college stress away. On the onset of sunrise, the smile I give to my sister, thrilled yet jitteringly anxious, was a humbled thank you. “Thank you for taking me out here. I don’t know what to expect, but does it feel exhilarating or what?” Hopping on a 4×4 jeep to pass a rough landscape of lahar and ash floods-a different kind of bump and grind on a Saturday morning, indeed. Hauling over to capture sceneries and engulf ourselves in what was left of its infamous 1991 eruption, meeting beautiful local kids with murky chocolate eyes and sun embraced skin—I felt that my vision was being used to its fullest purpose.

Reaching the pristine crater with its lake’s turquoise waters, out of breath and eyes intoxicated with nature’s hues, was the first moment in my entire life that I genuinely thought to myself, “I love this country and I am so lucky to have been born here.” It was so real, and it was as beautiful as it could be. It’s wonderful to be able to say that this mountain is just one among countless of mountains found in the place I’m so blessed to call home.

Since then, from seas to summits, I have been exploring the country as far and as often as I can. The idea of migrating abroad for good was no longer appealing to me and was not what I considered to be a dream. If I could visit more of these local nature destinations and share their beauty with the rest of the world through photos on social media, or showcase them through my writings, if I could make that one Filipina girl go out of her boundaries and climb that damn mountain, if I could convince used-to-be-hopeless people like me to want to stay in the Philippines for good and help the country with whatever talent she’s been blessed with, I know that I’m doing what my country needs me to do.

So if you can’t realize your purpose for your country, travel locally and see what happens to you. Reflect on how you feel. Purchase local goods and support your kababayan’s blood, sweat and tears in making you the perfect cup of locally brewed coffee that costs half as much as what a cup of Starbucks costs but is just as tasteful, just as rich. Patronize local businesses that find ways to create products that give back to the community. Immerse in its different cultures, get to know its people – their problems and their needs. Know that there is so much help that needs to be given and that you are blessed with capabilities that can potentially benefit your own nation, because of all people, it needs you the most.

So love your country first. It will make all the difference.

All the love,
Danna
who is capturing life’s stills and uploading them online in case her MacBook and hard drive crashes 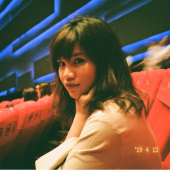 Danna is a constant traveler and storyteller who aspires to inspire herself and others through her photos and writings. She resides in Manila, Philippines and graduated from De La Salle University with a Bachelor of Science degree in Advertising Management. When she's not busy working in the social media intelligence department of a multinational advertising agency, she goes out and about by exploring destinations and immersing herself in sights, writings, sounds and art. Time travel with her at www.dannapena.com.