Dear girls of the world: Let me tell you three things

Click show to jump to the content you are looking for show
Dear girls of the world,
Be informed.
Be yourself.
Keep going.

The earliest memory I have is that sitting on a plane at the Warsaw airport, waiting for take-off to Bagdad. My mom, brother and I were traveling to see dad, who had an engineering job in Iraq. This was one of our many trips to visit him – wherever he happened to work – and all were perfectly coordinated by mom.

She made travel look effortless: from packing and dealing with customs to keeping us entertained. We now live on different continents and rarely get away together, but I owe my traveling ways to her. She showed me that no destination was too “foreign.” Even if some require a little extra effort.

I recently spent three weeks in India. Before the trip, I’d been warned by travelers (male and female alike) about constant attention from men and even possible groping in public. “Make sure to cover up – you don’t want to show any cleavage,” said some. “If you’re not afraid to make a scene, you’ll be just fine,” added others. 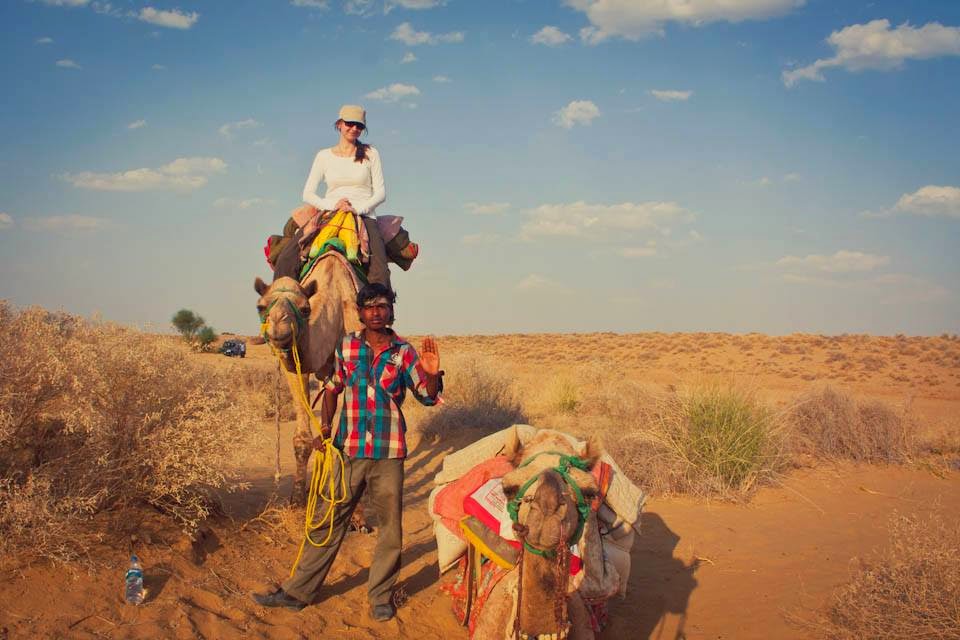 Rarely put off by horror stories, I nevertheless decided to do more research and read about attitudes in India towards women. The picture painted by mainstream media was not a pretty one: violent gang rapes and the perception of Western women as “loose.” Guidebooks and online portals weren’t much better…

I went back to Twitter for more information from the travel community. Surprisingly, the most encouraging tweets came from women – solo travelers at that – who had been to India and didn’t encounter any issues. They did reiterate that it’s wise to dress modestly, as is customary for locals. And once I mentioned that I was traveling with my husband, they were certain I’d avoid unpleasant situations.

Sure, I didn’t go unnoticed. I caught men looking at me before I had even cleared customs at the Delhi airport. And there were stares and occasional comments on the streets, but nothing as obnoxious as I had imagined. What I was not prepared for was… being invisible.

Rickshaw drivers negotiated rates with my husband. If they wanted to know where we were from and what we came to see, they spoke to him. In restaurants, he got the menu first and was always handed the bill. It was Sir-this, Sir-that most of the time, and as someone used to taking charge, Madam was not amused.

(The only time I didn’t mind being viewed as the “weaker sex” was when hotel employees insisted on carrying my bags… Well, some historic haveli hotels had steep staircases and no elevators.)

During our road trip through Rajasthan, I had time for reflection. It wasn’t my first visit to a non-Western country, so not much surprised me. And as a guest, I wasn’t there to start a social revolution, but experience the country as is. Despite the acknowledgment, I kept asking myself one question:

Where do you draw the line between respecting the local culture and not letting it change who you are?

I played by the rules in India: I wore loose-fitting clothes and wrapped myself in scarves. I stopped rolling my eyes when Don got addressed before I did, or when I had to go to ladies-only security lines at airports. BUT I did pick up the tab for our meals a few times and bargained fiercely at bazars. Nobody seemed to mind. 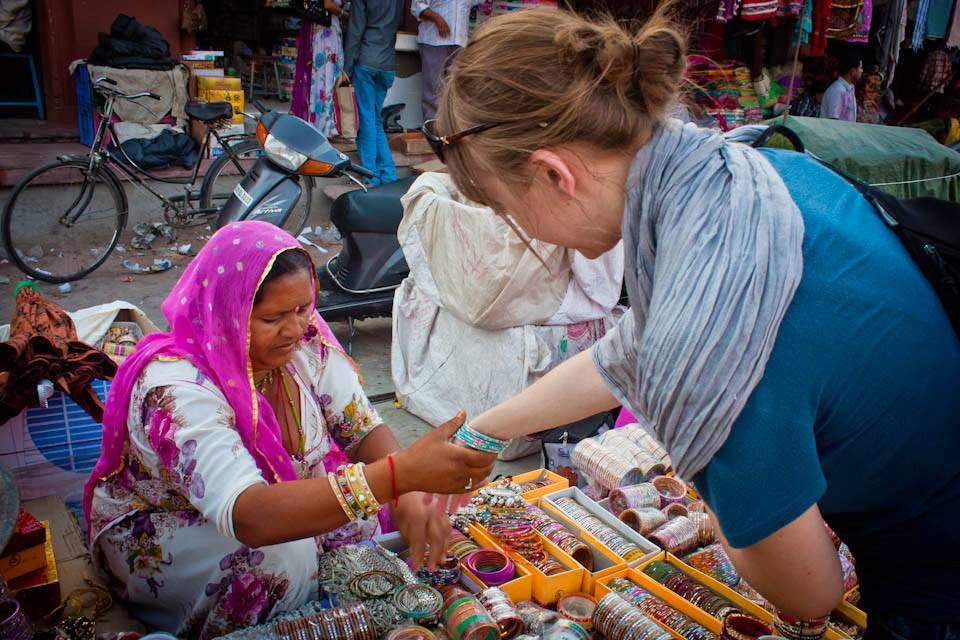 Challenges that women might face on the road are not exclusive to India or other “traditional” countries. When I travel alone in North America or Europe, people are often curious why I’m without my husband and if he’s ok with me being away. I’ve also been asked on dates by strangers. And there’s that annoying “Just one?” in restaurants.

All that shouldn’t stop us from traveling. Ever.

There was a time when women couldn’t vote, get higher education, or freely choose their career paths. We have come a long way, even if there is still work to be done (in some places more than in others).

As female travelers, solo or otherwise, we too can play a part in improving women’s situation around the globe and help redefine what’s acceptable. And it’s not just about wearing tight clothes, but empowerment.

In Jaisalmer, a small desert town near the Pakistani border, I stopped by a textile co-op. All the merchandise there – saris, pashminas, tablecloths – was made by women in impoverished rural areas. Knowing that my money would go directly to them, I left the store not only with a beautiful piece, but a sense that I had made a small difference in someone’s life.

And isn’t travel ultimately about benefitting not only yourself, but the places you visit? 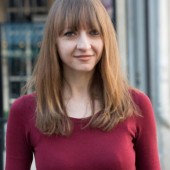 Pola Henderson is the founder and editor of jettingaround.com, a blog dedicated to exploring cities and their culture. Her writing and photography showcases European, North American and South American destinations. Pola grew up in Krakow, Poland, lived in North Africa and has called Chicago home since 2002. Traveling internationally has been a part of her life since she was 3 years old.