20 Beautiful Photos of People In Bhutan

Bhutan holds many surprises. A country that measures prosperity by gauging their citizens’ happiness levels, not the GDP. Its also the only country that uses chillies as a vegetable not a seasoning, a country that has only one main road, a deeply buddhist land, and houses painted with large penises on the walls to ward off evil spirits. While Bhutan maintains their buddhist traditions, you will find the Bhutanese are well rooted, educated, simple, vibrant and beautiful.

At the Thimphu Dzong (literally meaning “fortress”). The Monks here can be seen spinning the Prayer Wheels as they go while chanting their prayers, as part of their daily routine.

An effort to depict the rocking motion of the Monks as they pray in the Changangkha Monastery, the oldest one in Thimphu.

Never too young to start. Children, as young as 7 years of age, join the monastery to begin their studies. It is considered honorable for a family to have a member become a Buddhist Monk.

Portrait of an old Bhutanese monk.

A monk spinning prayer wheels while chanting. A show of beautiful and intricate designs surrounding the Prayer Wheels. You can see the Sanskrit writing on the sides of each wheel, while the prayer itself is written on a scroll of paper inside.

Betel nut or the Bhutanese call them Doma which they chew all day long. The lime smells funny but the taste is pretty good and I liked it! Our guide gave me some dried coconut to balance the taste and add a little sweetness to this chew. For me it really goes well with a stick of Navy Cut, an Indian cigarette.

A young woman wearing a traditional Bhutanese robe. Previously all Bhutanese citizens were required to observe the national dress code, known as Driglam Namzha while in public during daylight hours.

A family of farmers. Agriculture in Bhutan has a dominant role in the economy of the country.

An official competition of Bhutan’s national sport, archery. Back in the day, players use bows and arrows made of bamboo. Now, they use light and specialized equipment made of carbon fiber.

A buddhist monk holding his leather scourge. A light whip on an offending young monks’ back keep them disciplined around the monasteries.

Thimphu, the capital and the largest city in Bhutan.

A few meters below the Tiger’s Nest, a monk cleans butter lamps, which are lit by pilgrims when going up the Taktsang monastery.

Want your photos to be featured? E-mail trishavelarmino[at]gmail[dot]com for more info! 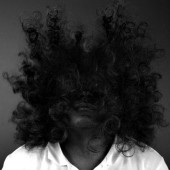 Tinton is an aspiring photographer/photojournalist, who also dabbles in 360 Virtual Reality Photography. In his spare time he likes to bug his friends about joining him on a trekking adventure; or buying one of the classic cars he restores to mint condition from the jaws of extinction. Recently escaping the clutches of a long term commitment, he is now free to search for the true meaning of happiness.

by Nick and Val Wheatley

Living in Surat Thani, Thailand: life as an expat in the city of good people