107 Free Things To Do In Malawi

Malawi is heaven on earth. You might not be familiar wit it but there are a lot of free things to do in Malawi. It has stunning lakes, terrific mountains and a rich culture that takes tourists into unparalleled excitement. In her warm temperature, refreshing wind breezes and the terrific twilight, tourists relax and appreciate the beauty of life. Many tourists who have visited Malawi do not just romanticize their visit but they also speak of coming back.

Tourists love Malawi because even when a tourist does not have enough finances, he or she can always be sure of having wonderful time. The country offers numerous adventures with no cost at all. Some of the 107 free things to do in Malawi:

Have you been to Malawi? Did you enjoy it? Leave your thoughts on the comment box below!

Love the list? Plan your trips using Pinterest! Hover on the image below to add it to your collection. 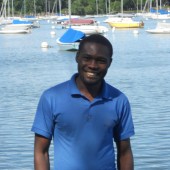 Mwaona is a local from Malawi staying in Zomba, the former capital city. He is currently pursuing a degree in communication and culture at the University of Malawi. He also teaches History and Geography at Mulunguzi Secondary School in Zomba. Every year, he travels with tourists across the country showing them beautiful places, sharing culture and the beauty of his country. He considers himself adventurous and gregarious.

COVID-19: Should you cancel your travel plans? Absolutely!